Representation of the Republic of Poland to the Palestinian National Authority in Ramallah provided the poorest families in Bethlehem with humanitarian aid.

Over 400 packages with food products and personal protective equipment were handed over by the Representative of the Republic of Poland to the Palestinian National Authority Przemysław Czyż to the Mayor of Bethlehem A. Salman. The celebrations were held in the House of Peace in Bethlehem run by Sisters of the Congregation of St. Elizabeth. The Sisters also assisted in distributing the packages to the city’s poorest families.

The ongoing pandemic made it impossible for Palestinians to get profits from tourism which is, especially in Bethlehem and the surrounding area, the main source of income. Palestine cares for the Christian character of Bethlehem and fosters Christian traditions (the most important Christmas celebrations are attended by President Abbas and the entire government). Usually, thousands of tourists visit the city around Christmas. Unfortunately, during the period of the pandemic-related restrictions, Bethlehem’s residents could not count on profits. The difficulties impacted both hotels’ owners and staff, restaurants, and sellers of souvenirs and devotional items. The residents whose economic situation got worse, turned to charities and religious organisations for food supplies. The project of the Representative of the Republic of Poland to the Palestinian National Authority in Ramallah responds to their needs. 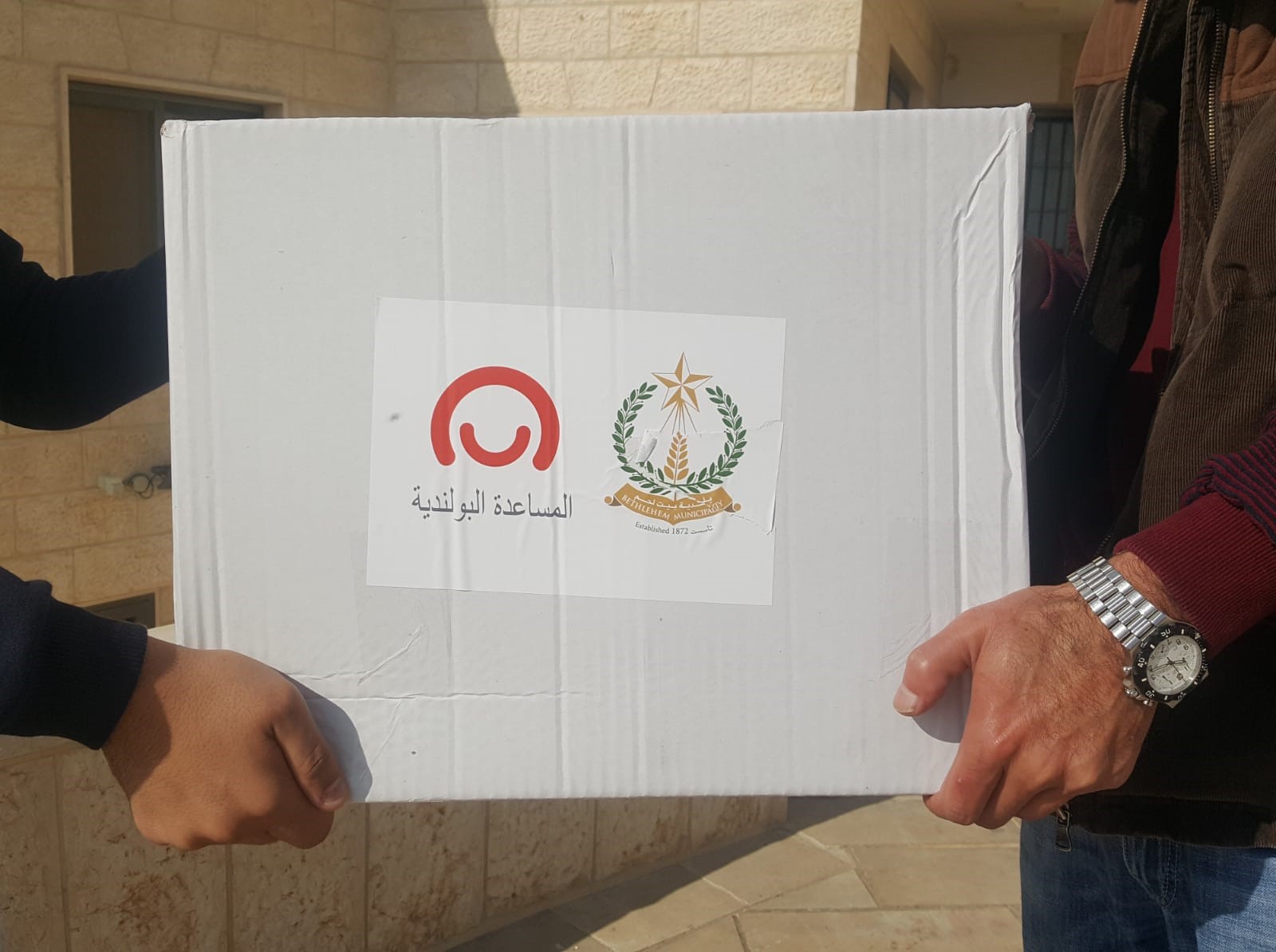 This time, the aid reached mostly Christian families. A similar project for Muslim families was carried out by the Polish diplomatic post in Hebron in May 2020 before the Muslim Eid al-Adha Festival of Sacrifice. Both initiatives, which have become a part of the Christian tradition of supporting the poor at the eve of the most important holidays, gained recognition of the authorities and local community.