Although the right to education – regardless of one’s gender, religion, origin, physical and intellectual predisposition – is guaranteed by international covenants, millions of children around the world still do not have access to education.

Without education, they have less chance of personal development, escaping poverty and have diminished prospects of a better future. Polish Aid implements educational projects in countries that are not able to independently provide adequate access to schools for their youngest citizens.

In these countries – struggling with poverty, and often cursed with natural and armed crises – the reasons for restricted access to education are very similar, regardless of geographic location. There is a lack of infrastructure, qualified staff and basic teaching aids. Added to this are the poor conditions on the ground: long distances to schools, discrimination based on sex and disability, the lack of confidence in state institutions among adults. A year ago, UNICEF warned that around the world there are 264 million children under the age of 17 who would not start education. Over 60 million of them are under 14 years of age – and this number has not changed significantly for a long time.

Support for education in developing countries is one of the priorities of Polish development aid. Poland finances the renovation of buildings, the construction of sanitary facilities and playgrounds, it buys teaching materials, sports and computer equipment, and provides training for teachers. Projects – financed by the Ministry of Foreign Affairs – are implemented by non-governmental organisations and Polish diplomatic missions abroad. The main recipients of these activities are pupils – most often children of pre-school and school age from poor backgrounds, including children with disabilities. Below we present a selection of Polish Aid projects.

Pre-school education, shaping health social attitudes and healthy habits, is an important stage of human development. Its importance is even more profound with regard to circles affected by poverty, diseases and difficult socio-cultural conditions – and this is what everyday life in Mathare, an informal district of Nairobi, looks like. The slum population consists of about half a million people, half of them are school-age children. In 2003, the Kenyan authorities introduced free basic education. This consumes virtually the entire Ministry of Education budget, including assistance provided to Mathare and 7 institutions operating there. Not much is left over for kindergartens. Until recently, 800 pre-schoolers from Mathare starting their education in disastrous conditions, learning in houses built from old sheets of corrugated metal, without tables, chairs, books and toys.

Thanks to the support of Polish Aid, the Partners Poland Foundation built three new pre-school buildings and trained 20 teachers. Over 800 children aged 3 to 8 have gained safe and comfortable conditions, in which they can learn and play. Furthermore, in 2018 the foundation also took responsibility for improving the sanitary conditions in Mathare. Preschoolers will soon be able to use new and appropriately adapted toilets.

A new kindergarten is also being created in Tanzania, in Dar Es Salaam. It is supposed to assume some responsibilities from the St. Maximilian Kolbe Education Centre. The Centre has been run by Polish Franciscans for 20 years and has Christian, Muslim and animist pupils. The facility supports the education of girls and people with disabilities. The newly built kindergarten will accommodate up to 470 pre-schoolers, which will enable the Centre to take in new pupils and employ up to 22 teachers and 7 assistant staff.

Since 2008, Poland has also directed a lot of support for pre-school education to Georgia. Polish Aid funded around 170 pre-school spots, thanks to which over 2,000 Georgian children have been able to start their educational adventure. In 2016, Polish Aid also supported a programme aimed at improving access to pre-school children's education in rural areas, thanks to which 16 School Readiness Centres and 16 alternative pre-school groups for children aged 3 to 6 were opened. Locals have been involved in the project, helping to renovate and furnish the interiors.

Children with disabilities are one of the most vulnerable groups in the Homa Bay district of Mbita in Kenya. Unable to count on the support of their immediate environment, they have limited opportunities for development and education. Special education in Kenya takes place in select schools and in regular schools with special branches. In Homa Bay county, in the Mbita district, where Polish AID and the Partners Poland Foundation have conducted educational projects successfully for several years now. There are now 4 special schools and 11 schools with special classes. Special boarding schools are designed for children with physical and intellectual disabilities, for blind and deaf children. Under-financed, badly equipped and without properly trained staff, special classes rarely perform their tasks well, although properly conducted education in mainstream schools could be more useful for social integration.

Given the above and the fact that this model entails lower overhead costs, in the semi-desert rural areas of Gembe and Rusinga and the Mfangano region in the Mbita district in Kenya, Poland Aid runs projects aimed at levelling opportunities for children with disabilities, in particular in integration schools. In addition to the construction of 4 new classes, serving as centres for education support, as well as renovation, equipment and adapting classes in 11 schools with special departments, they also prepared a report showing the situation of ill children in local communities and proposing action recommendations. In 2017, a textbook for teachers was prepared, training was conducted for them, and 10 candidates successfully passed courses for trainers and now they can train further educators themselves. Thanks to Polish Aid, the number of students with disabilities attending classes increased, the acceptance for them in the school environment went up, as did the parents' awareness of their needs.

Boosting equal opportunities was also the objective of the project run by the Polish Educational Mission in the Ulyankulu refugee camp in Tanzania – one of the world’s first camps for refugees from Burundi, which now houses forty thousand people. The activities were also intended to support the integration between the Tanzanians and the camp's residents. There is a kindergarten in Ulyankul, run by the Parish of St. Ludwik, however it lacks adequate primary eduction facilities. Local authorities and institutions do not have adequate funds to develop the necessary infrastructure, and the existing facility is suffering from overcrowding – in 2018, 1,000 children were due to start first grade. Activities financed by the "U Łejerów” Polish Aid Foundation's budget include the construction of a complex of buildings catering to early school and primary education needs. It will cover a total area of 496 m2 and will initially benefit 175, and ultimately 300, children – both refugees from Burundi and native Tanzanians. The teachers working at the new school will be trained so that their lessons – also of the English language – are attractive to students.

Other activities to support children and young people from marginalised communities were implemented in Kampala, the capital of Uganda. Children affiliated with the Don Bosco Children and Life Mission (CALM) run by Salesian missionaries and the St. Jan Bosko School come from difficult backgrounds: they often grown up without parents, in poverty, in dysfunctional families. Together, the centres provided care to a total of 170 foster children. The mission try to help them on a daily basis by feeding them and providing multidimensional support – needs that were not met at home. The project, implemented by the Polish Embassy in Nairobi, aims to raise the level of education, as well as to also provide good role models to children who have been deprived of them. Renovating the gymnasium, purchasing sports equipment, organising trainings, equipping classrooms and computer labs, paying for meals and renting rooms where children can not only attend courses but also spend the night – all this is aimed at tackling the phenomenon of "street children”.

For years, Poland has been actively supporting Ukraine in the reform process of the education system. As part of the Ministry of National Education initiative under the slogan “School Academy for Entrepreneurship,” educators and teachers were trained to implement classes in the field of business education and vocational activation in schools all over Ukraine. As a result, 210 school entrepreneurial clubs were created, and 140,000 pupils participated in class lessons on nurturing entrepreneurial skills. As of 2016, a Polish-Ukrainian team of specialists is preparing a curriculum for certain types of schools.

Due to the dearth of adequate learning conditions, the lack of access to textbooks, computers and teaching aids, poor youth in Tanzania are often not able to pursue any form of higher education beyond basic education. In the Dodoma and Shinyanga regions, Polish Aid joined forces with the Salesian Volunteer Missionaries – Youth of the World to modernise and equip libraries as well as create training programmes for teachers at two schools which were previously unable to provide students with appropriate conditions for learning.

Thanks to the initiative of Poland, new reading rooms were built in both Dodoma and in Didia, where a computer room was also created. Training sessions focused on using library software were organised for librarians. Also made available were courses in the field of vocational counselling for teachers and a group of students. In addition, photovoltaic panels were installed in Didia, thanks to which there is a reliable electricity supply in the library and reading room. Both libraries were equipped with multimedia projectors and a total of 7,213 books and 42 computers were purchased for them. As a result, the libraries in Dodma and Didia are one of the few in Tanzania that are computerised, operate on the basis of a dedicated programme and are operated by trained staff. It is estimated that these activities will help over 2,800 secondary and vocational school students to increase their competences, and thus their chances in the labour market.

Another form of education support at the post-basic level and a key area of Polish development cooperation is the scholarship policy, implemented in cooperation with the Ministry of Science and Higher Education. Within the framework of developed funds, the Ministry of Foreign Affairs finances two scholarship programmes targeted at citizens from developing countries: the Stefan Banach Scholarship Programme and the Ignacy Łukasiewicz Scholarship Programme. Students from Eastern Partnership and Central Asia countries come to study at the best Polish universities to gain knowledge in areas important for the creation of a well-functioning state and economy. The second programme was created with the aim of raising the level of education and professional qualifications of citizens from developing countries, which in turn will contribute to their social and economic development.

UNICEF research shows that each year spent in school translates into a 10% increase in a child's income when he or she reaches adulthood. Above all, however, young people who are well prepared to enter the adult world will in the future be able to support their communities. They will be also be better equipped to tackle the problems endured by their countries for many years. We keep our fingers crossed that everything will work out for them. 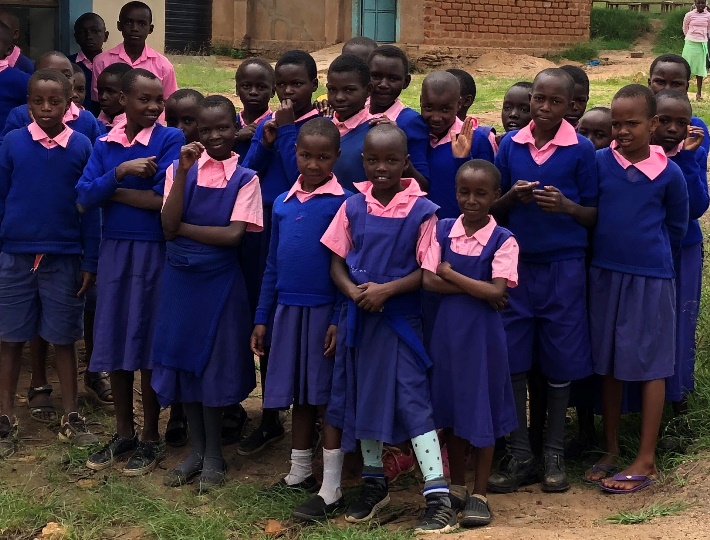 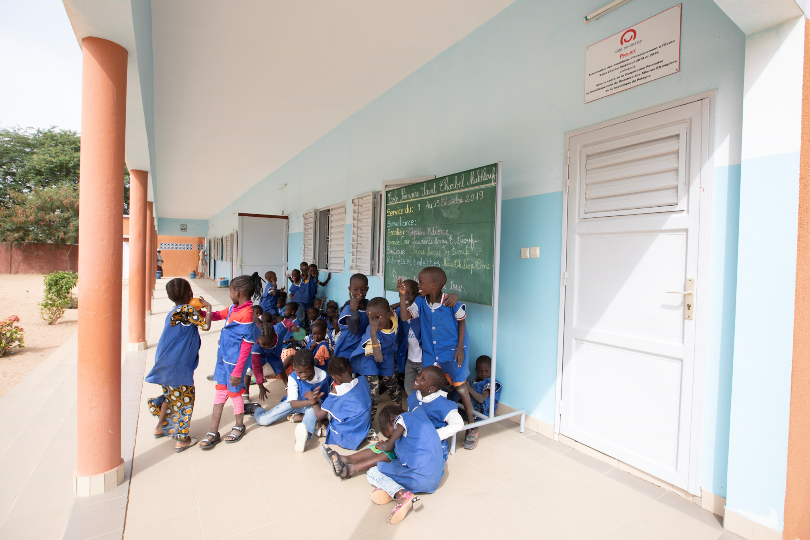 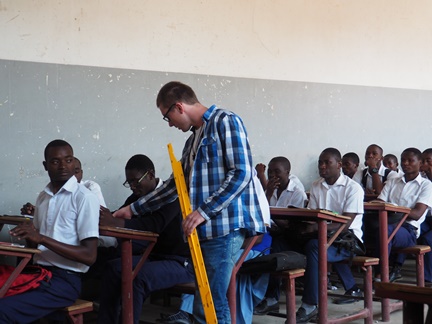 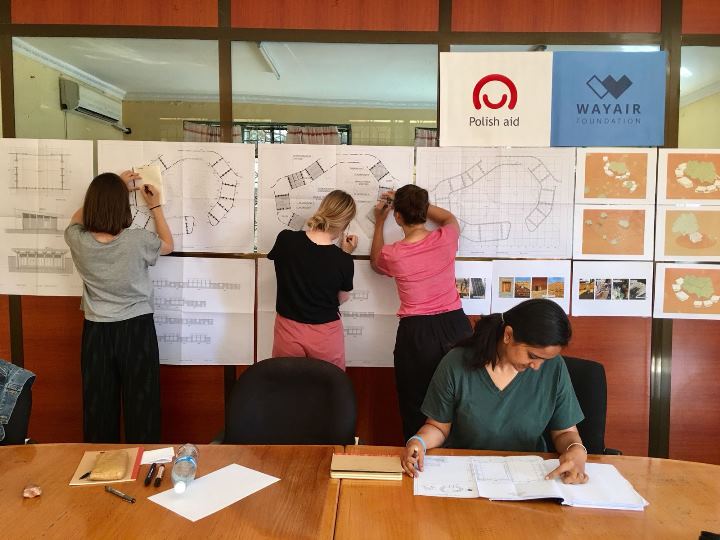 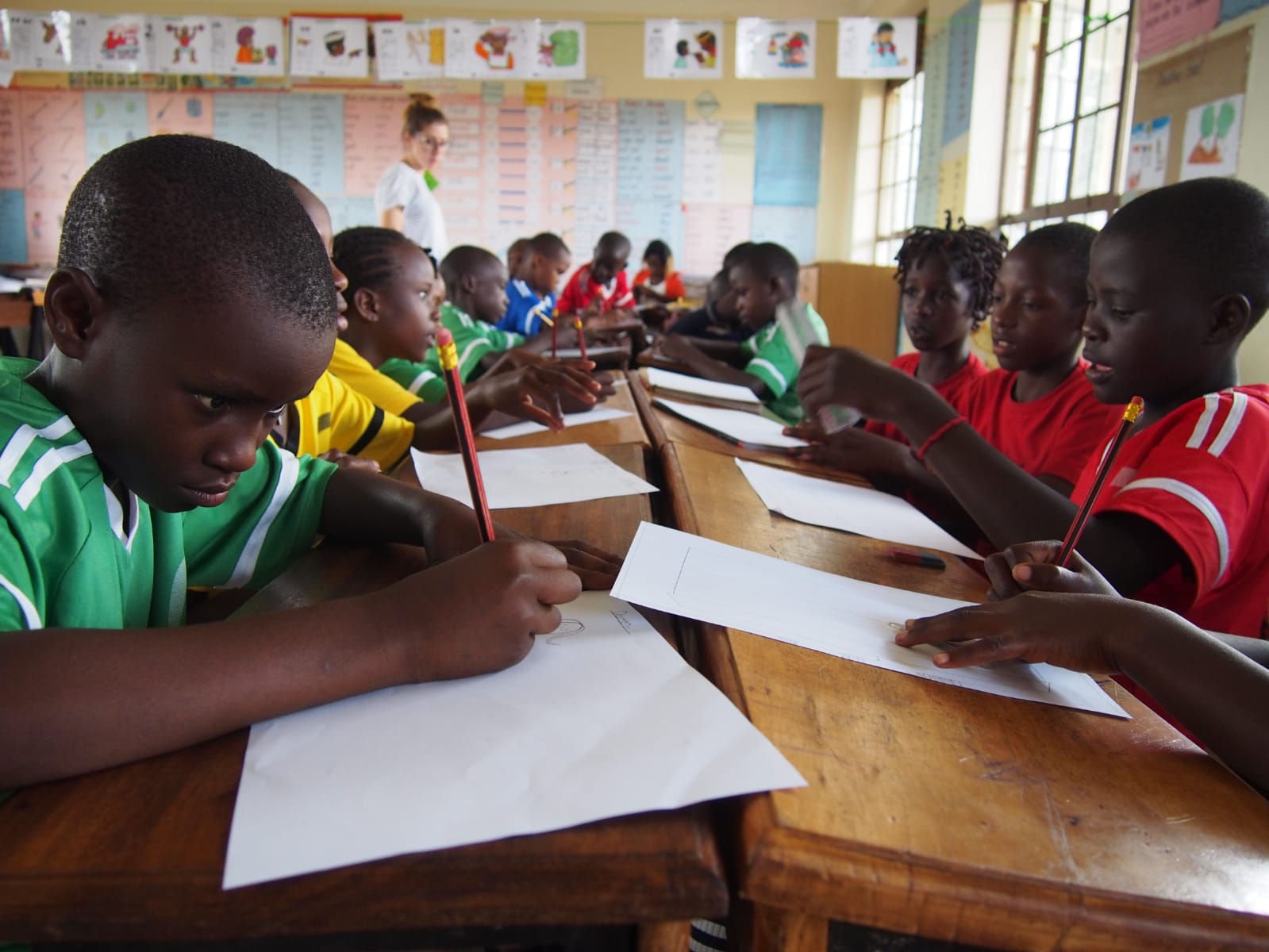