Thanks to the Polish Challenge Fund project, children and teenagers from Ukrainian school learn to program in an innovative way.

Digital reality is developing dynamically, and along with it the demand for programmers. However, the market still lacks tools that would popularize topics related to programming and would make it easier for young people to take their first steps in this field.

In order to popularize the world of codes, variables, functions and algorithms, the Expansio Company from Poznan, created the CodeAll mobile application (www.codeall.fun),  a chatbot, that teaches programming. As the President of the Company, Mateusz Jarus, explains, he had been observing the activities of the Polish Challenge Found  for a long time and as soon as he received an e-mail about the beginning of the recruitment, he decided to apply to the program with the idea for CodeAll development.

Liko-School is a renowned, modern school in Kiev, full of interesting solutions designed for young users.

We have chosen  Liko-School due to its openness to innovation and the search for new opportunities to support  students in learning. On the other hand, Mr. Ivan Protak, who acted as a representative of the school in this project, described the cooperation within the  Polish Challenge Fund as a breakthrough. This is the first international initiative of this institution as part of supporting students in STEM tools – says  Mateusz Jarus, the initiator of the CodeAll project.

The  project implementation ended with a workshop for students attended by over 150 young people. In addition, another  350 students were invited to download the mobile application and take part in a programming competition.

Due to the lockdown, the school was closed during this period. CodeAll, however,  is a great tool for remote learning at home. The students can go through the lessons on their own and the chatbot acts as a virtual teacher who answers questions and verifies progress of the student on an ongoing basis.

CodeAll is a  chatbot for learning programming that  is not limited to writing programs on the phone or computer. It allows you to create an intelligent environment e.g. a home alarm, a parking sensor in a car or a light that turns on when you clap. Students can also write programs that can connect to, for example,  Facebook or Google to send and receive data. For example, after a new person enters the classroom, information about this event along with the time of entry will be saved in a Google Sheets spreadsheet.

It is possible thanks to wireless sensors designed by the company such as e.g. distance sensors, light intensity sensors, door opening sensors, microphones and buttons.

Chatbot, in turn, acts as a virtual teacher. It guides the student step by step through subsequent programming issues, from variables through conditional statements, loops, functions , to classes or detecting errors in the code. Students can ask the chatbot  questions on an ongoing basis.

Using CodeAll is very simple. All you  need to do is connect a  control unit called a SmartBox to a phone, run the application and start the conversation with a chatbot. After the end of each lesson, which lasts a maximum of a few minutes in which a student has to write from one to several lines of code, the program goes to the SmartBox control unit . This, in turn , wirelessly connects with the sensors and performs programmed actions.

The thematic range of the application includes several topics divided into short lessons. Chatbot also creates quizzes and tasks, that allow you to consolidate the acquired knowledge and use it  in practice.

CodeAll is very attractive to students, because it has many practical applications and can be used in everyday life. - says Ivan Protak from Liko-School. CodeAll explains programming concepts that are sometimes difficult to understand  for  students by using them in everyday life.

The project  implementation was an important experience for us and we are very grateful for the opportunity to participate in the Polish Challenge Fund program  – says the initiator of the project , Mateusz Jarus.

It was our first implementation after several years of project development. In total, we produced over 2,000 elements in CodeAll  sets and we engaged several hundred students. Due to the scale of the projects and the ongoing pandemic, its completion required a lot of effort. Many companies, including us, were affected by the difficulties in accessing microelectronic components market at that time. Logistics or even working in a language that we do not know was also a challenge. However, we are glad that we completed the project, but we are even more pleased that the project met with a very warm welcome  by students and people responsible for its implementation at Liko-School. On both sides, there is a willingness  to further  cooperation  and introduction of  the tools to other institutions.

It was the first implementation of the CodeAll, in addition abroad, and Expansio Company already has further plans for international development, not only in Ukraine. In recent years the project has been chosen for acceleration programs, has been shown at fairs in different parts of the world and has won many awards. Another goal was to implement it and establish cooperation with an organization that will help implement the project on a larger scale. The Polish Challenge Fund project was a very valuable experience for both parties involved in its implementation.

The project was implemented by the United Nations Development Programme (UNDP) through  the Polish Challenge Fund, with the financial support from the Ministry of Foreign Affairs of the Republic of Poland. 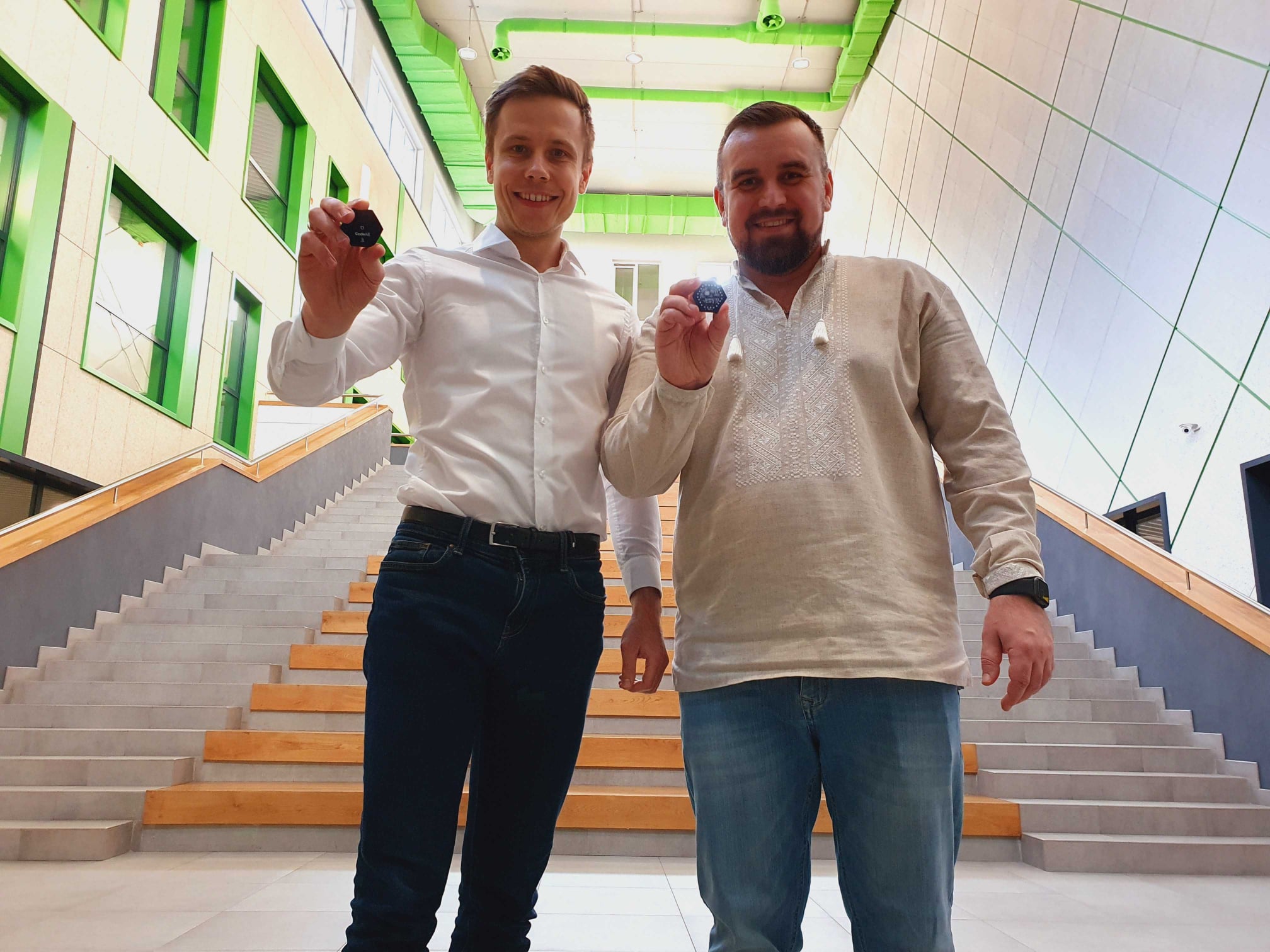 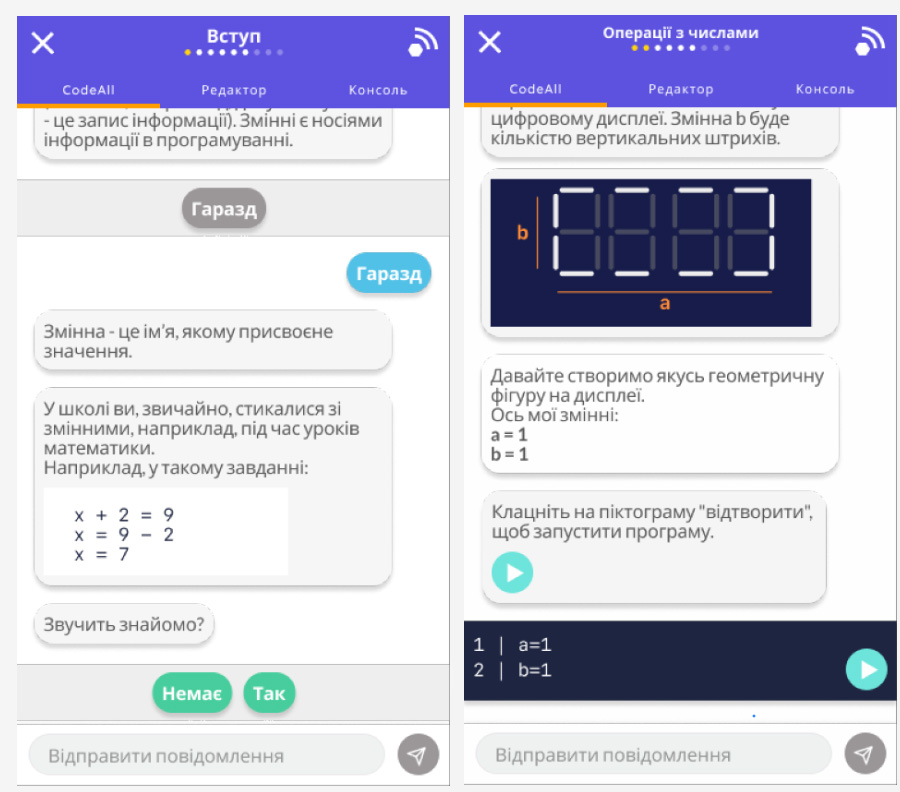