In order to ensure the highest quality of our services, we use small files called cookies. When using our website, the cookie files are downloaded onto your device. You can change the settings of your browser at any time. In addition, your use of our website is tantamount to your consent to the processing of your personal data provided by electronic means.
Coronavirus: information and recommendations
Find out more 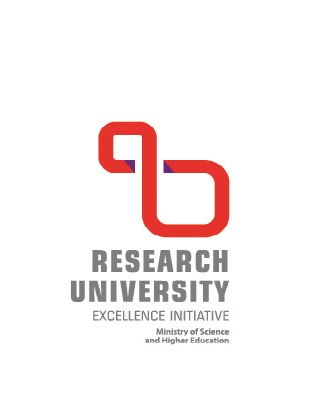 The aim of the IDUB programme is to encourage the best Polish universities to be on a par with the leading European universities in the field of research, thereby increasing the international importance of their work.

Leaders of the IDUB competition

An international team of experts associated with the science and higher education sector has selected 10 universities that will become research universities in the future.

The second ten of the IDUB competition

The formula of the IDUB programme allows to state that each of the 20 universities participating in the IDUB programme is the winner. All the participating institutions have met the strict conditions for participation in the competition related to the quality of scientific research and  diversification of the profile of activity. The universities which do not have the status of the winners receive annually until the announcement of the next competition additional funding amounting to 2%.

These universities include (listed in alphabetical order):

The universities have presented an action plan for the coming years. The implementation of this plan will be subject to assessment. The first mid-term assessment will be carried out in 2023, and the final assessment in 2026. After this time, some universities will have the possibility to extend the funding for the following years (2027‒2032).

At least two universities that will receive a negative result or will be in the lowest ranked in the list will not receive further funding. Universities or federations that will win a subsequent competition under the "Excellence Initiative – Research University" programme will be able to take their places. The competition will take place in 2026 and will be aimed at the academic centres which were not financed under the first competition.

The international team of experts recommended launching an advisory mechanism to monitor the process of university plan implementation. The following measures have been assumed:

The organisation of reporting conferences is one of the ways to implement the recommendations for regular monitoring of the progress of programme implementation.

On September 15-16,2020, the 1st Progress Review Conference of the Universities participating in the “Excellence Initiative – Research University” programme was held. The conference was organised by the Ministry of Science and Higher Education in cooperation with the University of Warsaw, in the framework of the initiative of the Minister of Science and Higher Education - NKN FORUM.

The main topic of the Conference were measures taken by universities selected in "The Excellence Initiative – Research University" competition in the first months of development plans implementation. The aim of the conference was also to enable the presentation of activities and projects of the universities which benefit from the 2% increase of subsidy.